Evening On The Southbank 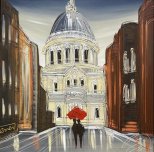 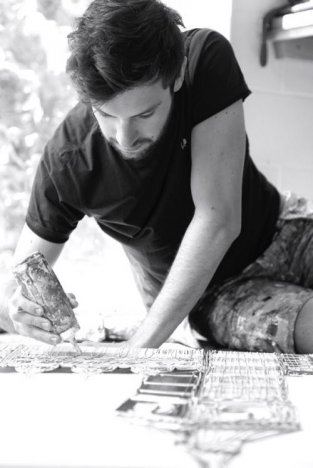 Edward was born in 1989 and grew up in a seaside town on the east coast of Lincolnshire.
His style soon changed when he started at University. Being left to his own devices and interpreting the subjects he was given helped his creative mind. He was later to develop his current style after moving to Lincoln, being awestruck by the city buildings and becoming absorbed by the new structural surroundings, the vibrant lights and the noise of the city, a massive contrast to his seaside upbringing.


Painters Kiefer, Pollock and Kline were influences as he studied for my Fine Art Degree. Pollock's process capturing physicality, Keifers surfaces marks and layering provoking mood and Kline's gestural composition are all referred to as he paints.

"The sketches are then transformed into paintings that register and transcend my subject matter in a very fluid and expressive way. At that point my paintings become subsequent responses where feelings, reinterpretation and imagination are applied."

Having been a painter since 2002, Edward's style has now developed and has been greatly influenced by his two years of travel. He has now become a full-time professional artist and his passion for art and travel remains as strong as ever.