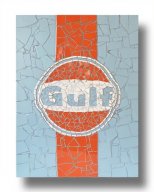 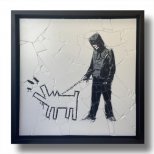 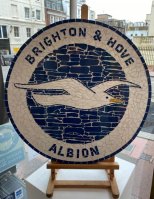 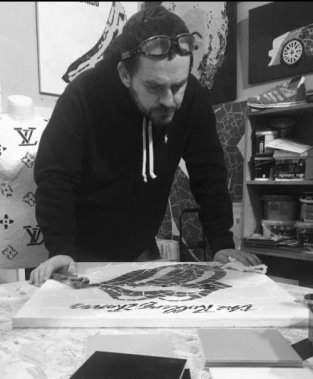 David OBrien can create just about anything with his intricate talent for mosaic wall art and sculpture. After visiting Barcelonas famous park, Park Guell, in the 1990s OBriens inspiration and passion for mosaic art was ignited. And from here his art journey had begun.


Born in Liverpool, OBrien went to school at St Margarets in Aigburth. From a young age his passion was football. During his early years, OBrien captained the school football team and also played against players such as Steve McManaman and Robbie Fowler.

It is his passion for football, iconic music, racing cars, pop art and designer trainers that influence his original mosaics. His sculptures and wall art have quickly become a hit with collectors in the UK and across the world. These incredible works of art have the most fascinating attention to detail, discipline and patience. The artist is not satisfied with the sculpture until he would display it in his own home. Each stage requires intricacy and time, from the initial idea to the completion of the sculpture, OBrien becomes enamoured with every stage.

Every mosaic is original and unique. Adding a designer touch to the world of wall art and sculpture creation, OBriens work is topical and modern, encapsulating the latest trends alongside classics.

The opportunities are endless with OBriens imagination, talent and attention to detail.

Recent T.V. appearances include appearing on BBC1s DIY SOS in which OBrien was asked to make a mosaic for a family. Along with this he also appeared in an episode of Home is Where the Art Is also hosted by Nick Knowles. OBrien has been interviewed on BBC Radio Merseyside along with media coverage in local press and interviewed for trade websites.

Now living in rural Lancashire, married to Kim and dad of Lawrie and Olivia.